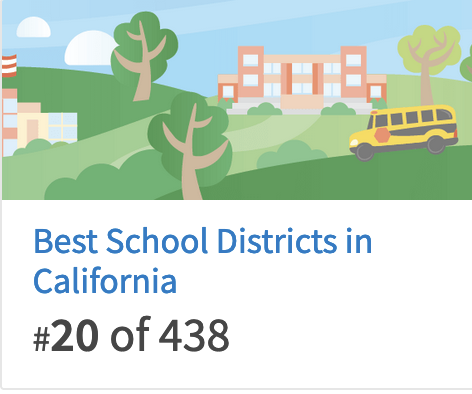 El Segundo Unified School District (ESUSD) has once again earned impressive rankings in several of the categories on Niche.com. The site compares and ranks more than 11,000 school districts across the United States based on rigorous analysis of data and reviews.

“During these unprecedented times, it is encouraging to see that ESUSD’s rankings on Niche.com continue to move up,” ESUSD Superintendent Melissa Moore. “The City of El Segundo’s community pride is reflected in our schools. I’m extremely thankful to our faculty, staff, and administration for their dedication to delivering a quality education and nurturing culture focused on a holistic approach to student learning.”

According to Niche, it arrives at its rankings after a rigorous analysis of key statistics and data from thousands of schools and includes information from the U.S. Department of Education and millions of reviews from students and parents. Ranking factors also include state test scores, college readiness, graduation rates, SAT/ACT scores, teacher quality, and the overall quality of the school district.

For each school’s profile and a full list of the 2022 rankings, methodologies, and data sources, visit www.niche.com.