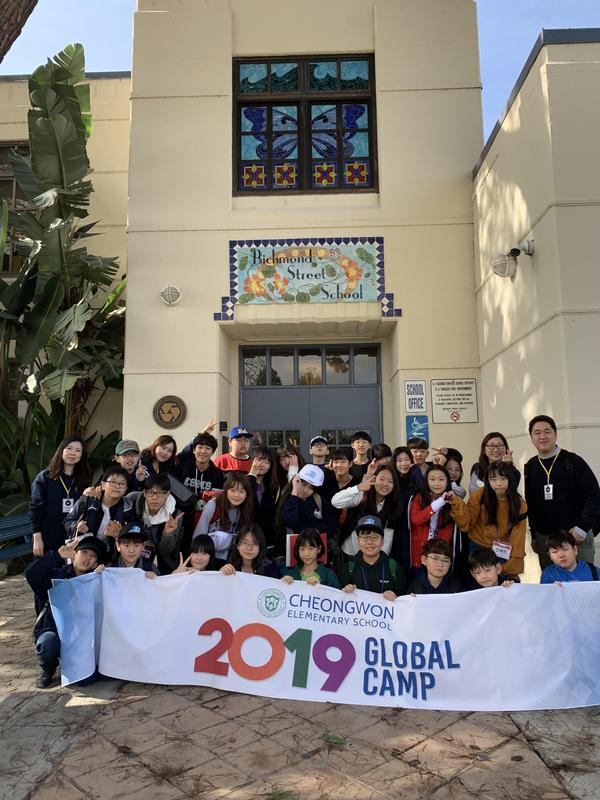 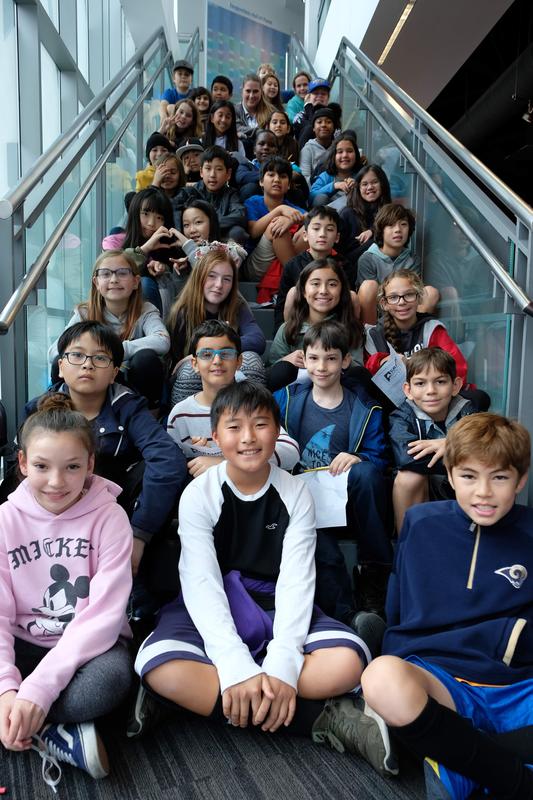 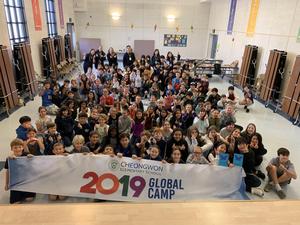 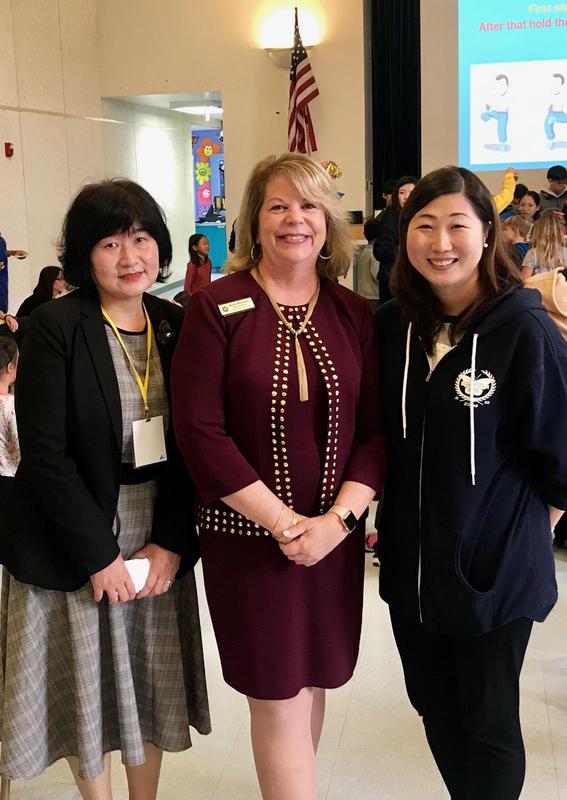 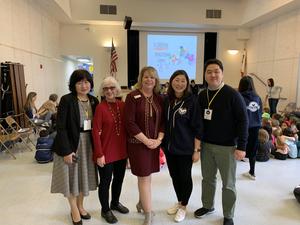 Last week, a group of 28 Korean elementary and middle school students had a rare opportunity to visit the El Segundo Unified School District (ESUSD) for a weeklong exchange tour.

The experiences shared through learning and play between the American and Korean students might be explained in simple terms as “the same, but different.”

A perfect example of the concept of “similar differences” during the cultural exchange came when the Korean students taught and shared two of their traditional games with their American peers. One was called Jae Gi and is similar to hacky sack but features a weighted metallic tassel “birdie” vs. a leather sack. The other game, Gong Gi, is very similar to playing “jacks” in the United States.

“Hosting students from Cheongwon Elementary School in South Korea proved to be a profound experience for ESUSD students,” said Dr. Melissa Moore, ESUSD superintendent. “To observe firsthand, our students engage in cooperative games with the children from South Korea was absolutely heartwarming. The children spoke the universal language of acceptance, joy, laughter, and kindness through play, and created memories for a lifetime.”

El Segundo’s Richmond Street School Principal Dr. Alice Lee, who is Korean American, conceived the idea last year when she traveled to Seoul, Korea with her family. While there, she had an opportunity to visit Cheongwon Elementary School with a mentor, Dr. Suzie Oh, a former principal and current Korean educational consultant in California.

The collaboration among educators from the two countries was meant to afford the students from both schools an opportunity to participate in short-term exchange programs that expand student access to different cultures. It also provided opportunities for teachers and administration to experience and gain greater understanding of pedagogical similarities and differences between the educational programs in South Korea and the United States.

Dr. Shinyoung Park of the Consulate General of the Republic of Korea in Los Angeles was on hand at Richmond Street School during the last day of the exchange to witness the students’ interactions. “A large population of students in the U.S. are multicultural and we believe an exchange such as this one provides an exceptional opportunity for students from both countries to learn from each other,” said Park. “Through shared experiences in learning, social interactions and play the students become familiarized with a different culture.”

The Korean students attended the regular classroom schedule for 5thgrade at Richmond Street School and 6thgrade at El Segundo Middle School. In addition, their itinerary included other experiences such as touring the University of California, Los Angeles, visiting the Grammy Museum, eating hamburgers at In-N-Out, attending a performance of the Young Americans, having a pizza and ice cream party, and touring El Segundo High School where they cheered at a pep rally and watched a soccer match.

“The students enjoyed being in the classroom here because it is a completely different experience than at home in Korea,” James Lee, director of administration for Cheongwon Elementary School. “The methods of teaching and learning are different. From our teachers’ perspective, it was a great opportunity to learn about the new methods of teaching curriculum being applied here.”

The children of today will be the global citizens of tomorrow. ESUSD believes educational exchanges such as this one will directly contribute to students’ success as they navigate the future.

“I greatly underestimated the impact this experience would have on my class,” said Sheryl Croddy, Richmond Street School fifth grade teacher. “As soon as we met the students from Cheongwon Elementary School, it was as if they had been in our class since the beginning of the year. They immediately melded in, making instant friendships. It was remarkable to watch how excited my students were to show them everything they knew and how much more confident they became in the process. Seeing the exchange of ideas and collaboration between our fifth graders and the Korean students in just five days was such a beautiful thing to witness as a teacher.”

Children have a capacity to make fast friends. A fact that was evident when it was time to say goodbye. “There were so many tears shed when the students had to say goodbye—a reciprocal sentiment from students from both schools,” said Dr. Lee. “This was truly an experience that I hope will remain prominent and near to all our students' hearts.”