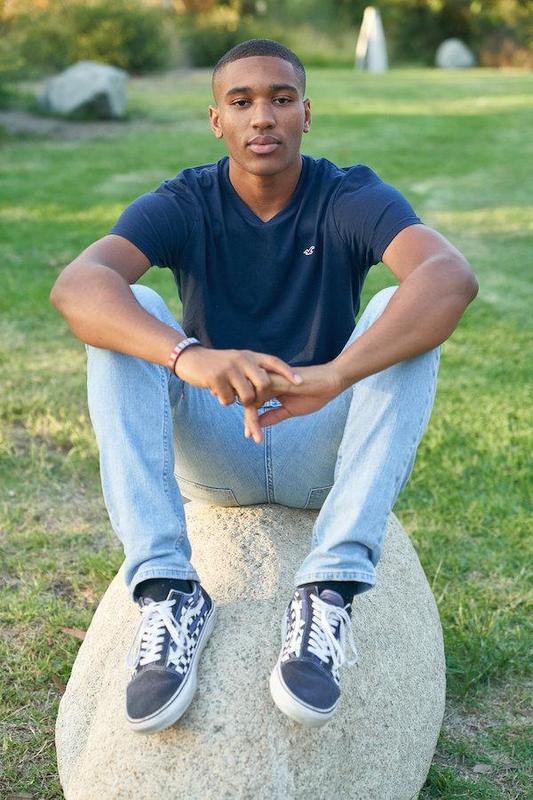 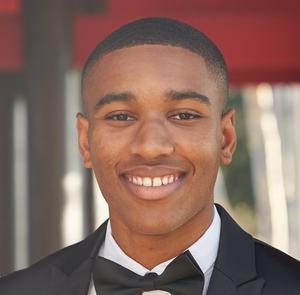 Christophe Charles will be attending the University of California, Los Angeles (UCLA) this fall to major in electrical engineering. In addition to UCLA, Christophe received acceptances to MIT, Princeton University, USC, UC San Diego, and Cornell University.   He has an entrepreneurial spirit and hopes to combine business and engineering in his future career.

Christophe has participated in UCLA’s Summer Math and Science Honors academy (SMASH) each summer since he began high school and feels fortunate to have already established a support group at UCLA. SMASH prepares students from underrepresented communities to be competitive in STEM related fields at top universities. He also completed four years of the Engineering Pathway at ESHS, and participated in the Raytheon Engineering Games where the ESHS team won second place among 30 schools competing.

For his Engineering Pathway senior capstone project, he designed a soccer ball launcher, which is similar to a football launcher. The project combines two of his passions: engineering and soccer. Christophe was a member of the Boys Varsity Soccer team for four years. He is proud to be a member of 2018-19 CIF Championship team that enjoyed consecutive titles. “That championship season was something truly special and inspired the mindset and confidence that carried the team to do our best,” he said. “The love and support we received from the El Segundo community was amazing.”

Christophe thanks his eighth grade history teacher and subsequent mentor Mr. Eastman for guidance during his time at ESUSD. “The way he teaches history has made a lasting impression on me,” said Christophe. “He encourages critical thinking and challenges students to look for and recognize the patterns of history as a way to learn from ourselves, to look back and analyze what we can do to improve things in the future. His guidance and support are something I will always cherish.”

Christophe believes that the personalized attention he received at ESHS has prepared him for college. “Even though we are a smaller high school, we have “bigger school” tendencies such as in sports and award-winning music programs,” he said. “But the small class environment supports relationship-building and one-on-one attention that I believe, on a personal level, prepared me for college and career.”